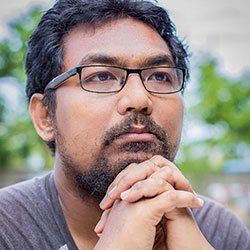 Suriyathepjuti Tinanop was born to farmer parents in the poorest region of Thailand. Growing up in proverty, he was often mocked which led him to question the inequality within the society.
Suriyathepjuti started taking photos at the end of 2011 with an used camera he bought from his friend. As he continue taking more pictures, he realized that his pictures had changed others’ perspectives about someone’s hardship which had led to the support given by those who saw his picture to the person in need.

His pictures in our exhibition, Lovers of Photography